History of a Trust 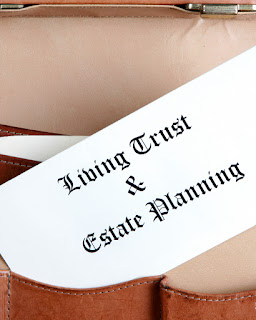 Roman law had a well-developed concept of the trust (fideicommissum) in terms of "testamentary trusts" created by wills but never developed the concept of the inter vivos (living) trusts which apply while the creator lives. This was created by later common law jurisdictions. Personal trust law developed in England at the time of the Crusades, during the 12th and 13th centuries. In medieval English trust law, the settlor was known as the feoffor to uses, while the trustee was known as the feoffee to uses, and the beneficiary was known as the cestui que use, or cestui que trust.

At the time, land ownership in England was based on the feudal system. When a landowner left England to fight in the Crusades, he conveyed ownership of his lands in his absence to manage the estate and pay and receive feudal dues, on the understanding that the ownership would be conveyed back on his return. However, Crusaders often encountered refusal to hand over the property upon their return. Unfortunately for the Crusader, English common law did not recognize his claim. As far as the King's courts were concerned, the land belonged to the trustee, who was under no obligation to return it. The Crusader had no legal claim. The disgruntled Crusader would then petition the king, who would refer the matter to his Lord Chancellor. The Lord Chancellor could decide a case according to his conscience. At this time, the principle of equity was born in English law. However, the original notion of equity goes all the way back to Aristotle and is found in book V, chapter 10 of his Ethics. Indeed, the universities of the 13th century often wrote commentaries on Aristotle's works, and it was these universities that gave rise to the lawyers of the time.

The Lord Chancellor would consider it "unconscionable" that the legal owner could go back on his word and deny the claims of the Crusader (the "true" owner). Therefore, he would find in favour of the returning Crusader. Over time, it became known that the Lord Chancellor's court (the Court of Chancery) would continually recognize the claim of a returning Crusader. The legal owner would hold the land for the benefit of the original owner and would be compelled to convey it back to him when requested. The Crusader was the "beneficiary" and the acquaintance the "trustee". The term "use of land" was coined, and in time developed into what we now know as a trust.