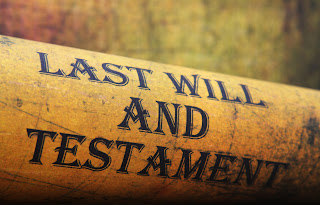 Aggressive medical intervention leaves nearly two million Americans confined to nursing homes, and over 1.4 million Americans remain so medically frail as to survive only through the use of feeding tubes. Of U.S. deaths, about a third occur in health care facilities. As many as 30,000 persons are kept alive in comatose and permanently vegetative states.
Cost burdens to individuals and families are considerable. A national study found that: "In 20% of cases, a family member had to quit work", 31% lost "all or most savings" (even though 96% had insurance), and "20% reported loss of [their] major source of income". Yet, studies indicate that 70-95% of people would rather refuse aggressive medical treatment than have their lives medically prolonged in incompetent or other poor prognosis states.
As more and more Americans experienced the burdens and diminishing benefits of invasive and aggressive medical treatment in poor prognosis states – either directly (themselves) or through a loved one – pressure began to mount to devise ways to avoid the suffering and costs associated with treatments one did not want in personally untenable situations. The first formal response was the living will.
In the United States, all states recognize some form of living wills or the designation of a health care proxy. The term living will is not officially recognized under California law, but an advance health care directive or durable power of attorney may be used for the same purpose as a living will.
In Pennsylvania on November 30, 2006, Governor Edward Rendell signed into law Act 169, that provides a comprehensive statutory framework governing advance health care directives and health care decision-making for incompetent patients. As a result, health care organizations make available a "Combined Living Will & Health Care Power of Attorney Example Form from Pennsylvania Act 169 of 2006."
Several states offer living will "registries" where citizens can file their living will so that they are more easily and readily accessible by doctors and other health care providers. However, in recent years some of these registries, such as the one run by the Washington State Department of Health, have been shuttered by the state government because of low enrollment, lack of funds, or both.
On July 28, 2009, Barack Obama became the first United States President to announce publicly that he had a living will, and to encourage others to do the same. He told an AARP town meeting, "So I actually think it's a good idea to have a living will. I'd encourage everybody to get one. I have one; Michelle has one. And we hope we don't have to use it for a long time, but I think it's something that is sensible." The announcement followed controversy surrounding proposed health care legislation that included language that would permit the payment of doctors under Medicare to counsel patients regarding living wills, sometimes referred to as the "infamous" page 425. Shortly afterwards, bioethicist Jacob Appel issued a call to make living wills mandatory.
Read more, here.
1371-C Oliver Road
Fairfield, California 94534
By Phone: 707.428.9871
By Fax: 707.428.9873
By Email: btpfairfield@sbcglobal.net
Website
Posted by Rene at 7:00 AM