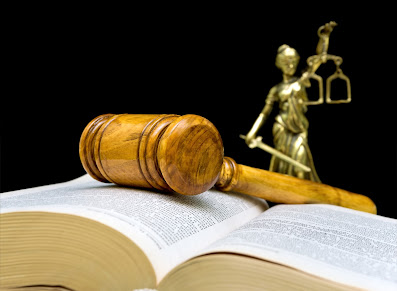 It is commonly accepted that the first well-known LDA was Rosemary Furman; Furman, a Florida resident had been a legal secretary for about 35 years, until she was laid off in 1976. Not finding anyone willing to hire a middle-aged legal assistant, she began offering her services as a free-lance paralegal. Within a short time, she had developed a thriving business, but not as she had originally anticipated. She anticipated lawyers needing assistance, but instead, from consumers were wanting to purchase legal documents directly, to represent themselves in matters such as divorces, name changes ,and guardianship proceedings. When Furman was charged by the Florida Supreme Court in 1977 for "unauthorized practice of law," she became somewhat of a national cause célèbre. In the long run, however, she was unsuccessful. After having her request for review by the United States Supreme Court denied, she decided to close her business and retire, rather than be sent to jail for contempt.

Furman’s misconduct went far beyond merely practicing law without a license. As noted by the Supreme Court of Florida, the uncontradicted testimony of her former customers was that she encouraged them to falsify information in marriage dissolution papers and to conceal relevant information. Her purported reasons were various: it’s none of their damn business, they don’t pay attention to the information, or you’ll (either) get less or give more money in the dissolution judgment. In one instance, she advised a woman to insert the date of her dissolved first marriage as the date of the second marriage; this was in the petition for dissolution. For context, she had been married, divorced, and remarried to the same husband, but could not remember the date of the remarriage. Another couple who disagreed on whether their stipulation on child support provided for $35 per week or $35 per child was advised that it did not matter because the judge awarded whatever he wanted to anyway. In a particularly egregious instance, she assisted a husband seeking a marriage dissolution in preparing a stipulation in which he agreed to child custody by the wife. While the dissolution petition and child custody stipulation were pending before the court, the husband became aware that the wife was abusing the children, took actual custody of the children, and consulted Furman about withdrawing his stipulated agreement on child custody. Furman advised him not to do so because this would require “starting over” on the dissolution petition and he should let the social agency handle the child abuse and custody problem.

Current case law in Florida has established that a non-lawyer may sell blank legal forms, type legal forms completed by hand, and sell general printed legal information. The non-lawyer cannot, however, advise a customer on how to complete a legal form, as this constitutes the practice of law.