Corporation, What Is It? 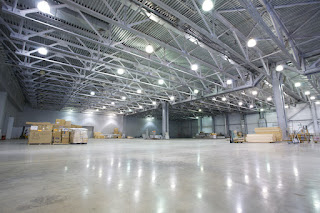 A corporation is an organization—usually a group of people or a company—authorized by the state to act as a single entity (a legal entity recognized by private and public law "born out of statute"; a legal person in legal context) and recognized as such in law for certain purposes. 10  Early incorporated entities were established by charter (i.e. by an ad hoc act granted by a monarch or passed by a parliament or legislature). Most jurisdictions now allow the creation of new corporations through registration. Corporations come in many different types but are usually divided by the law of the jurisdiction where they are chartered based on two aspects: by whether they can issue stock, or by whether they are formed to make a profit. Depending on the number of owners, a corporation can be classified as aggregate (the subject of this article) or sole (a legal entity consisting of a single incorporated office occupied by a single natural person).

Shareholders do not typically actively manage a corporation; shareholders instead elect or appoint a board of directors to control the corporation in a fiduciary capacity. In most circumstances, a shareholder may also serve as a director or officer of a corporation. Countries with co-determination employ the practice of workers of an enterprise having the right to vote for representatives on the board of directors in a company.

In American English, the word corporation is most often used to describe large business corporations. In British English and in the Commonwealth countries, the term company is more widely used to describe the same sort of entity while the word corporation encompasses all incorporated entities. In American English, the word company can include entities such as partnerships that would not be referred to as companies in British English as they are not a separate legal entity. Late in the 19th century, a new form of the company having the limited liability protections of a corporation, and the more favorable tax treatment of either a sole proprietorship or partnership was developed. While not a corporation, this new type of entity became very attractive as an alternative for corporations not needing to issue stock. In Germany, the organization was referred to as Gesellschaft mit beschränkter Haftung or GmbH. In the last quarter of the 20th century, this new form of non-corporate organization became available in the United States and other countries, and was known as the limited liability company or LLC. Since the GmbH and LLC forms of organization are technically not corporations (even though they have many of the same features), they will not be discussed in this article.