History of a Corporation 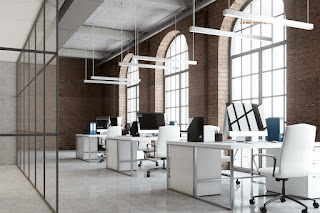 The word "corporation" derives from corpus, the Latin word for body, or a "body of people". By the time of Justinian (reigned 527–565), Roman law recognized a range of corporate entities under the names Universitas, corpus or collegium. Following the passage of the Lex Julia during the reign of Julius Caesar as Consul and Dictator of the Roman Republic (49–44 BC), and their reaffirmation during the reign of Caesar Augustus as Princeps senatus and Imperator of the Roman Army (27 BC–14 AD), collegia required the approval of the Roman Senate or the Emperor in order to be authorized as legal bodies. These included the state itself (the Populus Romanus), municipalities, and such private associations as sponsors of a religious cult, burial clubs, political groups, and guilds of craftsmen or traders. Such bodies commonly had the right to own property and make contracts, to receive gifts and legacies, to sue and be sued, and, in general, to perform legal acts through representatives. Private associations were granted designated privileges and liberties by the emperor.

The concept of the corporation was revived in the Middle Ages with the recovery and annotation of Justinian's Corpus Juris Civilis by the glossators and their successors the commentators in the 11th–13th centuries. Particularly important in this respect were the Italian jurists Bartolus de Saxoferrato and Baldus de Ubaldis, the latter of whom connected the corporation to the metaphor of the body politic to describe the state.

Entities which carried on business and were the subjects of legal rights were found in ancient Rome, and the Maurya Empire in ancient India. In medieval Europe, churches became incorporated, as did local governments, such as the City of London Corporation. The point was that the incorporation would survive longer than the lives of any particular member, existing in perpetuity. The alleged oldest commercial corporation in the world, the Stora Kopparberg mining community in Falun, Sweden, obtained a charter from King Magnus Eriksson in 1347.

In medieval times, traders would do business through common law constructs, such as partnerships. Whenever people acted together with a view to profit, the law deemed that a partnership arose. Early guilds and livery companies were also often involved in the regulation of competition between traders.