History of an LLC 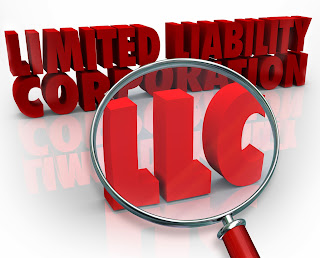 The first state to enact a law authorizing the creation of limited liability companies was Wyoming in 1977. The law was a project of the Hamilton Brothers Oil Company, which sought to organize its business in the United States with liability and tax advantages similar to those it had obtained in Panama.
From 1960 to 1997, the classification of unincorporated business associations for the purpose of U.S. federal income tax law was governed by the "Kintner regulations," which were named after the prevailing taxpayer in the 1954 legal precedent of that name. As promulgated by the Internal Revenue Service (IRS) in 1960, the Kintner regulations set forth a complex six-factor test for determining whether such business associations would be taxed as corporations or partnerships. Some of these factors had equal significance, so that the presence of only half of them would result in classification as a partnership. Accordingly, the Wyoming Legislature tailored its statute to grant LLCs particular corporate features without exceeding this threshold.
For several years, other states were slow to adopt the LLC form because it was unclear how the IRS and courts would apply the Kintner regulations to it. After the IRS finally decided in 1988 in Revenue Ruling 88-76 that Wyoming LLCs were taxable as partnerships, other states began to take the LLC seriously and enacted their own LLC statutes. By 1996, all 50 states had LLC statutes. In 1995, the IRS came to the conclusion that the widespread enactment of LLC statutes had undermined the Kintner regulations, and in 1996 it promulgated new regulations establishing a so-called "check the box" (CTB) entity classification election system that went into effect throughout the United States on January 1, 1997.